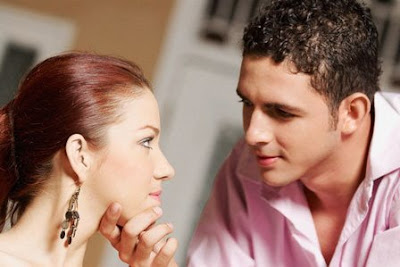 ROCHESTER HILLS, Mich., USA (April 8, 2009). There has been much controversy about touching in various cultures. The debate started when US President Barack Obama extended his hand to England's Queen Elizabeth and was further fueled when the First Lady was photographed touching the Queen on the back.Throughout the world the act of touching has cultural meaning.

In Asia it is considered disrespectful to touch an older person on the head, back, or shoulders. Even if the intent is to show respect or to comfort the person the act of touching these areas conveys insult. Touching a business card in many oriental cultures, especially Japan, is the same as touching the individual. Great care should be given to the business card by grasping the card with both hands, admiring it, and then placing it in your pocket closest to your heart. Also remember it is extremely rude to write on the business card, fold it, or to place it in your back pocket.General TouchingIn the Middle East it is rude to not hold the hand of a friend of the same gender while walking down the street. However it is rude, and could violate local law, to publically hold hands with a friend of the opposite gender. Publically touching in France is normal. It is normal to touch while greeting someone, if you agree with them, or to make a point. The touching is not violent of considered an invasion of personal space as it is expected.

In a study done by Jourard (1966) in Paris recorded an average of 110 touches by friends or parents in cafes as compared to 2 touches at coffee shops in Miami. Interestingly observers found that touching in Miami was more aggressive 37 percent of the time. Italy and Greece had high rates of touching while Australia, New Zealand, and England were more aligned with the Miami touch rates. Additional studies in later years found similar results.Mediterranean cultures are also very touching. Handshakes are not as common as a hug and cheek kiss among people of the same gender. This cultural norm typically is retained by Mediterranean travelers or immigrants.Shaking HandsShaking hands has some cultural implications:In Russia and Poland shaking hands is okay provided it is not done in a doorway or over a threshold. It is considered to be unlucky for both people. Hand shaking should occur before one gets to the door or after they have already entered.

In Europe it is considered impolite to shake hands while wearing gloves. Even on the coldest days it is expected the other person is important enough for you to remove your gloves. Fashion gloves worn by women are an exception as these gloves can remain on the woman's hands – however only if the gloves are designed specifically to be worn indoors.In sub-Sahara Africa a handshake typically involves both hands. The right hands clasp while left hands are laid over the right hands during the shake.In most Western cultures, such as the United States it is rude for a man to shake extend his hand to a woman unless she first extends her hand. Although this cultural courtesy is dying it is still expected to be followed in the elite and those in the Builder Generation.Never attempt to shake the hand of a German man if he is with his wife unless you first shake her hand. It is disrespectful and belittling to the woman if you seek to first shake her husband's hand.

For more information about MBC Global, send an email to info@mbcglobal.org or visit http://www.mbcglobal.org/ .