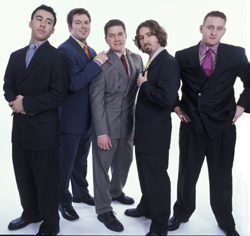 Adult auditions for the Hangar’s two musicals—Disney’s Beauty and the Beast and Hair—will be held on Sunday, December 10th with an open call from 3:00 to 5:30 pm in the Dillingham Center on the Ithaca College Campus. The Hangar is seeking strong singer/dancers for both musical ensembles. Actors should arrive promptly at 3pm, prepare 32 bars of a song in the style of each show, bring sheet music, a current headshot and resume, and remain available for a dance call following. No appointment is necessary. Auditions for the remaining three 2007 Mainstage productions—Bleeding Kansas, All the Great Books (Abridged), and a Broadway Drama to be announced on February 1st—as well as young actor auditions for the Mainstage and KIDDSTUFF seasons will be announced later this winter.

The Hangar is a small professional theatre that casts both Equity and non-Equity actors. Auditions are open to adult actors (college-age and above) who can provide their own residence in Ithaca this summer. For more information, call the Hangar Business Office at (607) 273-8588, email artistic@hangartheatre.org, or visit www.hangartheatre.org

Just thought I'd say Hey!!!! We you the one who was asking me where I was working on the internet? Take it easy, I'm enjoying this California weather!!!! I just moved here from the east sooooo :)